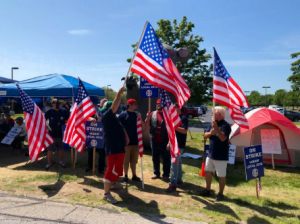 More than 100 workers represented by the International Association of Machinists and Aerospace Workers Local 2018 will be returning to work Tuesday, Sept. 3 as part of an agreement reached between the union and Regal Beloit in Valparaiso, the union announced Aug. 30.

The agreement follows Wisconsin-based Regal Beloit’s announcement that it would close its Valparaiso facility. The union has been on strike since late June and sought a new contract seeking fair wages and affordable healthcare.

The union hopes continuing talks with the company will keep the plant open and preserve jobs in Valparaiso.

The union represents 111 workers in Valparaiso. The plant also employs 60 non-represented workers, according to the union.

Workers at the Valparaiso plant produce parts for many U.S. aerospace defense programs, including Apache helicopters and Air Force One. The factory has been in Valparaiso for more than 100 years.

The company had not established a timetable when it would close its Valparaiso facility and indicated it would move some work to another site in Monticello.