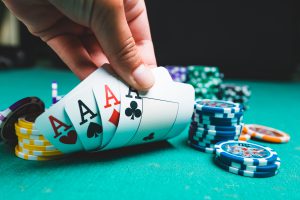 The Majestic Star Casinos in Gary are a step closer to having a new owner.

The next step in the process is for the state legislature to approve the deal. Representatives for Spectacle have said the firm wants to build a new land-based casino and hotel in Gary along I-80/I-94 and move the other casino license to Terre Haute and open a new gaming facility in that community.

Gary officials have been supportive of the proposal, which would clear the way to redevelop Buffington Harbor into a logistics and transportation hub.

In November, Rod Ratcliff, Spectacle chairman and CEO, said his firm’s purchase of “the two gaming licenses located in Gary presents a tremendous economic opportunity for the city of Gary as well as the state of Indiana.”

Radcliff has said he welcomed “the prospect of working with Gary and the General Assembly to maximize the value of (the) two licenses by allowing Buffington Harbor to become part of an intermodal hub, creating additional employment and increasing state and local tax revenues.”