You are here: Home / Articles / Things to do and See in Northwest Indiana

Lost in the fog, a stranger seeks refuge in a nearby house only to find a man shot dead and his wife standing over him with a smoking gun in Agatha Christie’s “The Unexpected Guest.” The woman’s dazed confession is anything but convincing and the unexpected guest decides to help. Remarkably, police clues point to a man who died two years before, but as the ghosts of a past wrong begin to emerge, a tangled web of lies reveals family secrets and chilling motives, where the real murderer turns out to be the greatest mystery of all. Hammond Community Theatre presents this classic at Beatniks on Conkey, February 9-18. 219/852-0848 or www.beatniksonconkey.com

Nature invades the galleries of the Lubeznik Center for the Arts in a group show called “Birds & Bees.” Each artist brings a unique perspective on the subject, revealing their personal connections to insect and avian friends through drawing, printmaking, painting, sculpting, mixed media and installation. The opening reception is February 2, from 5-8pm, and the exhibit runs through June 2. 219/874-4900 or www.lubeznikcenter.org

The Towle Theater presents the Chicagoland premier of “Pageant Play,” a comedy by Mark Setlock and Matthew Wilkas that provides a hilarious and terrifying glimpse into the surreal world of child beauty pageants. Pinky Corningfield will do anything to make sure that her little angel, Chevrolet, wins the title of Supreme Queen. When Marge, a newcomer to the circuit, shows up and starts grabbing all the glory, Pinky and her minions employ unorthodox methods to ensure that her darling is victorious. February 23 through March 11. 219/937-8780 or www.towletheater.org

The Northwest Indiana Symphony presents two concerts at Bethel Church in Crown Point to finish out the 2017-18 classical series. Kick off your Valentine’s celebration on February 9 with the romantic Rachmaninoff 2nd Symphony. This triumphant work gave the composer the confidence to devote his life to musical composition. Pianist Wael Farouk also returns to perform Beethoven’s world-changing “Emperor Concerto,” his last and greatest. On March 16, the Symphony features CSO clarinetist J. Lawrie Bloom performing Mozart’s Clarinet Concerto. Written for the rare basset clarinet, it is considered the greatest in the repertoire. Film composer Luis Bacalov’s “Misa Tango” sets the classic mass to the rhythms of the Argentinian Tango and features the bandoneon accordion. Two lush and lovely Tchaikovsky ballet suites, “Sleeping Beauty” and “Swan Lake,” will complete the program. 219/836-0525 or www.nisorchestra.org

“Steel Magnolias” opens in Truvy’s in-home beauty parlor in the fictional Louisiana Parish of Chinquapin, where the regulars are gathered to discuss Shelby’s upcoming wedding. The play covers the women’s often-combative interactions over the next three years as Shelby’s Type 1 diabetes impacts her life, including her decision to have a child despite the complications that could result. Throughout the drama, the underlying friendship among the group of six women remains prominent. Written by Robert Harling based on his experience with his sister’s death, the play’s title suggests that the female characters are as delicate as magnolias but as tough as steel. Grab your hankies and stop by Theatre at the Center for this delightful production, February 22 through March 25. 219/836-3255 or www.theatreatthecenter.com

South Shore Arts presents “Hidden Perspectives: Works by Rine Boyer & Eric Tucker,” a contemporary, sculptural exhibit that questions the perception of the environment that confronts both artist and viewer. Boyer paints colorful human figures, depicting the personality of her subjects, their feelings or the essence of their environments. Tucker forms steel around enamel to create sculptures that make the viewers more aware of the environment and their perspectives on his work. Both artists work out of studios at the Zhou B Art Center in Chicago’s Bridgeport neighborhood. February 7 through April 4, with a reception for the artists on Sunday, March 4, from 1-3pm. 219/836-1830 or www.SouthShoreArtsOnline.org 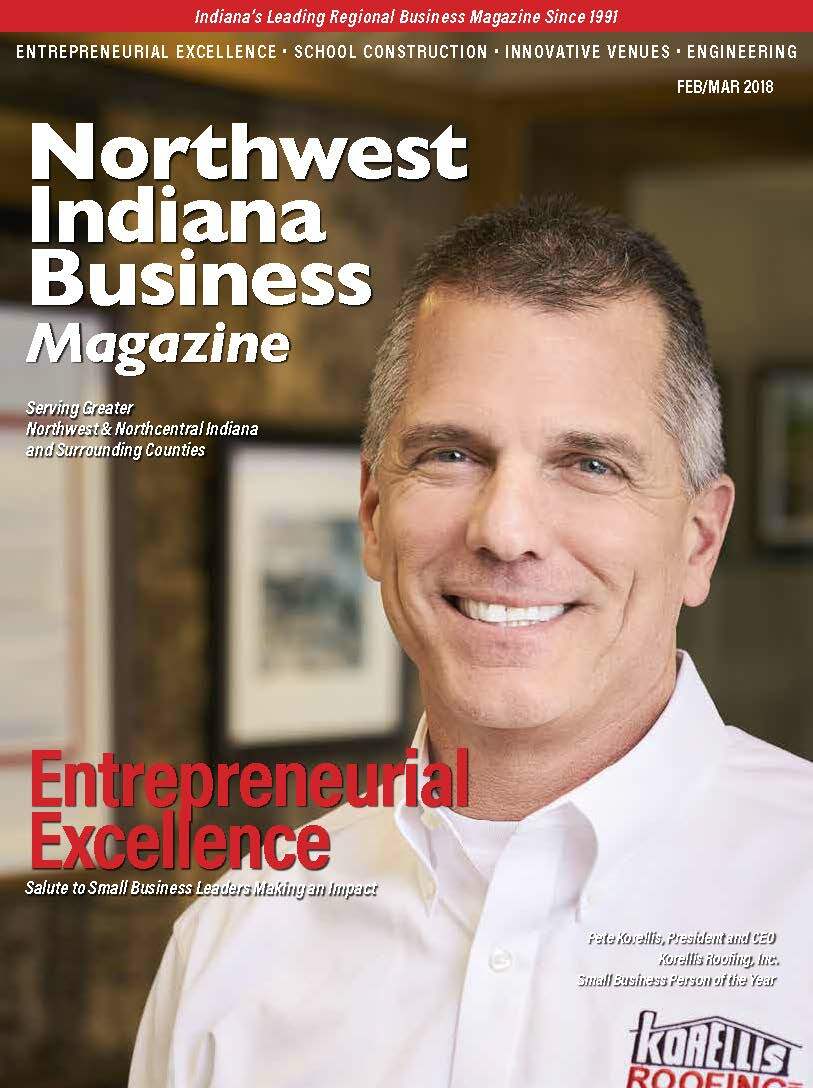