With 2020 around the corner, taxpayers would stand to benefit from staying aware of tax-code changes both large and small.

It’s a topic few enjoy discussing and often turn to experts to learn about new rules and how to be better prepared come tax time.

Paul Applegate, a CPA with Applegate & Co. in Michigan City, offered some context.

“Most of the changes from the tax act took effect in 2018,” he said. “During last year, the IRS issued a number of interpretive regulations that clarified much of the ambiguity in the new law.”

Applegate said, depending on the outcome of the 2020 election, proactive year-end tax planning could be essential.

On a granular level, Applegate advises clients that they should be aware of how equipment purchases, estate and gift tax planning, recognition of long-term capital gains and other provisions might impact tax liability in the new tax law, because it could be repealed.

Another concern relates to business structure.

“There was a huge overhaul that was effective for tax year 2018,” she said. “But there were new regulations released in June (2019) on charitable contributions and state and local tax credits.”

For example, she said that a taxpayer must reduce her federal charitable contributions by the amount of the state local tax credit.

Case and point: If you get an Indiana college credit, you would have to reduce your federal charitable donations deduction by that credit amount. This is one change that was effective for 2018, but the final regulations were just released in 2019.

Fraze Norman said taxpayers also should be aware of changes to the state and local tax deduction.

She said she advises taxpayers to ask their tax adviser whether their state and local tax refunds are taxable for 2019 because there are new calculations that are involved.

Sandelski said those calculations may not be in the favor of more affluent taxpayers.

“People that had large incomes, and therefore, large state tax deductions … they probably felt it the most,” he said.

As far as the middle class, James Thomas, senior lecturer at Indiana University Northwest, said that 2019 might be a mixed bag for some taxpayers.

Thomas said some changes decreased individuals’ taxes. The standard deduction was increased to $12,000 for single people and $24,000 for married couples.

“The individual tax rates were lowered slightly along with the tax withholding from workers’ checks,” he said. “The Affordable Care Act penalty for not being insured drops to zero, (and) the Child Tax Credit was increased to $2,000, along with a new credit of $500 for other dependents.”

However, some changes might increase one’s tax burden. For example, exemptions of $4,000 a person were dropped.

All the miscellaneous itemized deductions were dropped, including union dues, subscriptions, conferences and safe deposit fees.

Thomas has advice for anyone expecting to receive a refund.

“Use your refund for savings throughout the year,” he said. “If you got a big refund, that’s great.”

Thomas advises to be smart.

“Decrease your tax withholding at work and save more for yourself each check,” he said. “You deserve the interest; don’t donate it to the government (and) don’t forget that dividends and capital gains from the sales of stocks and mutual funds are taxed at lower rates.”

Investments are another hot-button topic for 2019. According to Fraze Norman, the IRS just released new guidance in April regarding investment in qualified opportunities.

She detailed the scope and nature of the guidance. This guidance includes proposed regulations, which allow for the deferral of all are part of a gain from the sale or exchange of an asset that is reinvested in a qualified opportunity zone.

According to the IRS, an opportunity zone is an economically distressed community where new investments, under certain conditions, may be eligible for preferential tax treatment. Localities qualify as opportunity zones if the state nominates it for that designation and the secretary of the U.S. Treasury certifies it via his delegation of authority to the IRS.

Fraze Norman views opportunity zones as a win-win scenario for people and businesses within them.

“If the investment is held for at least 10 years, investors may be able to permanently reduce the gain,” she said. “Opportunity zones are usually in low-income areas, so it helps to revitalize the community as well.”

Another Trump-era change in tax policy relates to the repeal of the individual health insurance mandate.

The shared responsibility payment — commonly referred to as the individual mandate penalty — required people to have health insurance under the Affordable Care Act or pay a penalty. If a tax filer owed the penalty, it was due at the time of filing.

Starting in 2019, however, there is no penalty, Sandelski explained.

“So, taxpayers are no longer required to pay individual shared responsibility payment(s) for not having health insurance in 2019,” he said.

Fraze Norman suggests taxpayers stay on top of withholdings. She said the IRS has an updated withholding calculator on its website, which can help people determine if they’re on track or need to adjust course in the remaining months of 2019.

Matt Stosich, a CPA and with McMahon & Associates CPAs, adds that for individuals who received smaller refunds than they’re used to or had to pay taxes for the previous tax year, reviewing and changing withholdings can make a difference.

“If your 2018 refund was smaller than you're used to or smaller than you'd like, or if you ended up owing and you're not used to that, the likely reason was that your withholding dropped more than it should have,” he said. “Because while tax rates went down last year, (they also) revised the withholding tables, so people had a lot less withheld.”

Stosich said it is a good idea for individuals to review their withholdings if they were not satisfied with their previous year’s returns.

“We look at our clients’ books quarterly just to determine whether or not they are on track for estimated payments and for planning purposes — just so there's no surprises,” he said. “There's a lot of planning opportunities that can be done before the end of the year, so we always like to do a year-end projection and do planning at the end of the year.”

Sandelski said, when in doubt, individuals and business owners should carve out some time now for tax preparation, to save time come the spring.

“It's just a classic struggle,” he said. “Unless people are very, very proactive or have been burned by something in the past, they’re usually not as eager to plan ahead, but in reality, the fall is the perfect time to start preparing.” 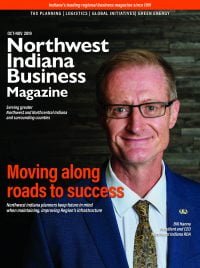