The question stumps her, seven years along. There is a pause. A longer pause. Finally a soft exhale floats across the miles and through the cellphone pressed to your ear, and in your mind's eye you can see her on the other end: Brow knit up, eyes narrowed in thought.

Because, really, what could she tell her younger self about succeeding as an IndyCar owner? Especially knowing what she knows now, and remembering how it was then?

That day in 2008 was so much about wings and prayers, after all, as brash a move as she ever made on a racetrack. She and her husband, Andy O'Gara, had sunk their life savings into a startup IndyCar team, right in the eye of Wall Street's hurricane collapse. Their primary sponsor had bailed. Sarah Fisher Racing, if it were to survive, would have to do so for a while on crossed fingers and the kindness of strangers–aka, Fisher's fans.

In the end, they ponied up $50,000, and Fisher scraped together enough to get her into the Indianapolis 500. After running as high as third, her day ended on lap 106 when Tony Kanaan hit the wall and collected her as he careened back across the track.

“I drove back in the ambulance with her, and she was just crying so much,” Kanaan said at the time. “She put so much into it, and I just feel bad for her.” 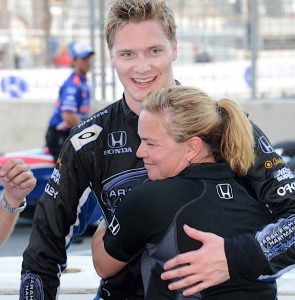 SUCCESS ON THE TRACK Sarah Fisher and driver Josef Newgarden celebrate following a 2013 Baltimore race finish that landed Newgarden on the podium.

Here's all you need to know about Fisher, who she is and what she is: Those tears didn't last long.

They dried, she set her face forward, and stuff began to happen. Dollar General signed on to sponsor Fisher's car for races at Kentucky and Chicagoland in August and September. The next year, they ran six races. The year after that, they ran 11 and led at Chicago.

By 2011, Sarah Fisher Hartman Racing–businessman Wink Hartman had come on board–was running a full IndyCar season. Indy-Lights-standout Josef Newgarden signed on as Fisher's driver in 2012; this season he'll be part of a new two-car team after Fisher and Ed Carpenter merged their single-car teams last August to form Carpenter Fisher Hartman Racing–a move Carpenter and Fisher had been contemplating for a while, but which gained added urgency with the advent of the new aero package being instituted by IndyCar this season.

“We'd always sort of talked about that because we'd both been single teams for a while,” Fisher says. “Being a single-car entrant in the series, when you have new things coming on such as these aero kits, it's a more daunting task to try to figure out and try to solve when there's only a couple brains working at it. So to have more than one car is certainly an advantage if you use it wisely.”

It also means the footing has never been more solid for Fisher, a pioneer who, like most pioneers, never really saw herself as one.

She came out of central Ohio as a race driver, period, a prodigy who started in quarter-midgets when she was 5 years old. By the time she hung up the helmet at 31, no woman had started more Indianapolis 500s (nine). And, she'd become the first woman to win a pole in an IndyCar race and the fastest woman qualifier in 500 history.

Now she's a pioneer again, not to say a survivor in an increasingly tough market. And, like anyone else who's made the transition from cockpit to boardroom, she's folded seamlessly the qualities of the driver into those of the businesswoman.

“I think one thing we did really well, and this is something that's a reflection of both myself and my husband, who has been our general manager forever, we always nipped things in the bud,” she says. “If there was any negativity whatsoever, we would solve that right then and there.

“You never let things drag on to the point where they're not fixable. Because of that, you're able to build a good team atmosphere because everyone knows their problems or their concerns are going to be addressed right away, and we're gonna move on with it.”

That's exactly the sort of even-keeled calculation Tom Kelley saw in Fisher a decade ago, when she signed on as his second driver for the 2004 Indianapolis 500.

“The thing I really liked about Sarah, she was always a really grounded person,” says Kelley, the Fort Wayne-based auto dealer whose race team won nine IndyCar races between 1998 and 2004. “Someone once asked me, ‘What do you remember most about IndyCar?' And I said I've never experienced such highs and such lows all in the same day, month, week, year that I did in IndyCar. You have to be able to deal with all that and go on. You can't wear your emotions on your sleeve, so to speak. And so, I think Sarah has done a very good job of that.”

Not that there aren't things she wishes she'd done a little differently. Fisher looks back now, and she thinks they might have been a little more aware of general business practices at the start, that that might have made things a bit more efficient. And the need to delegate, antithetical to a driver alone in the seat, has been a valuable acquired trait.

“When you're a small business owner, you take on a lot of projects yourself, and sometimes your time could be wisely used in other areas,” Fisher says. “So if you can delegate some of those tasks, even if they're tasks you enjoy doing … being able to do that is a tough thing to do for small business owners.”

And she is a small business owner, at least in this sphere. The average IndyCar budget–the low end to field an entry just for the Indianapolis 500 is well north of $500,000–might lead you to think otherwise, but it's a tiered industry. There are Roger Penske, Chip Ganassi and Andretti Autosport, and there is everyone else.

“You've got to balance budgets, you've got to compete when you don't have all the money,” says Kelley, who did that with reasonable success for seven seasons. “That's just a fact of life. You've got to figure out a way to compete and be competitive with sometimes lesser resources. You've just got to be more innovative and creative and figure it out. And I think she's done a good job of that.” 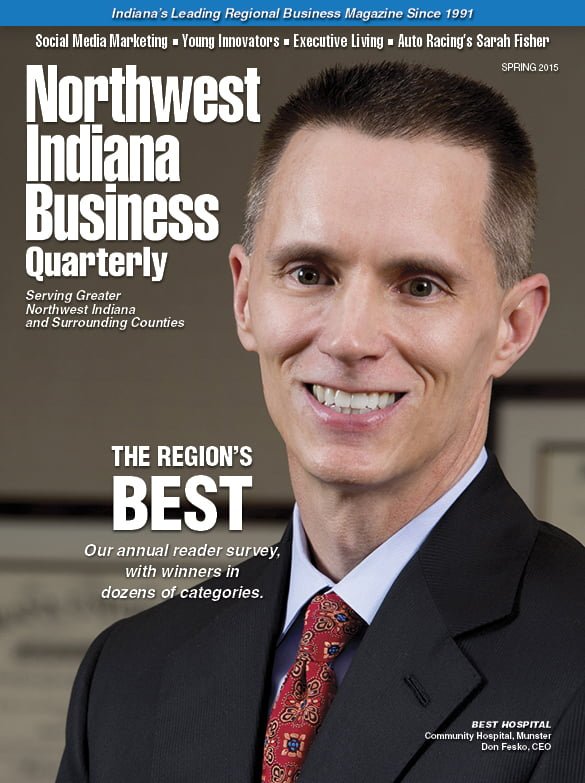