Discover interesting events, exhibits, performances to see and do 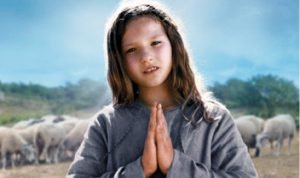 Valparaiso University’s annual International Film Festival continues this quarter with two films followed by group discussion with foreign language professors. Each is free and open to the public. The 2017 French film “Jeannette, the Childhood of Joan of Arc,” will be screened at 7 p.m. Feb. 22 in the Neils Science Center. Timothy Tomasik, chair and professor of foreign languages and literatures, will discuss the film. On March 29, the 2012 Chilean film, “No,” will be shown at 7 p.m. Alberto Lopez Martín, an assistant foreign language professor, will lead the discussion. (219) 464-5341 or www.valpo.edu/vuca

Mortimer Brewster is living a happy life. He has a steady job at a prominent New York newspaper, he’s just become engaged and now he gets to visit his sweet spinster aunts to share his good news. Mortimer always knew that a bit of madness ran in his family—his brother thinks he’s Teddy Roosevelt, and his great-grandfather used to scalp Indians for pleasure—but his world is turned upside down when he realizes that his dear aunties have been poisoning lonely old men for years. When Mortimer’s maniacal brother Jonathan returns on the night the aunts were planning to bury their latest victim, Mortimer must rally to help them and protect his fiancé, all while trying to keep his own sanity. March 1-10 at Footlight Players in Michigan City. (219) 874-4035 or www.footlightplayers.org

Written by retired high school theater director Ed Monk, “Bedtime Stories” is about a dad who comes home from work to find his pregnant wife tired and not feeling well enough to put their three children to bed. Each wants him to tell a different bedtime story, which he does. But hilarity ensues as Dad gets fuzzy on the details and creative with the classics: a prince with a snoring problem spices up “The Princess and The Pea,” “The Boy Who Cried Wolf” yells “Dinosaur!” instead, and Rumpelstiltskin helps turn all that pesky gold into straw. You might think you know your fairy tales but not the way Dad tells them. March 1-17 at Chicago Street Theatre. (219) 464-1636 or www.chicagostreet.org

This classic drama by Henrik Ibsen, published in Norwegian in 1879 and performed that year, focuses on the ordinary family of bank lawyer Torvald Helmer, wife Nora and their three small children. Torvald thinks he is the ethical member of the family, while his wife assumes the role of the pretty and irresponsible spouse who flatters him. Into this arrangement intrude several hard-minded outsiders, one of whom threatens to expose a fraud that Nora once committed without her husband’s knowledge. When Nora’s act is revealed, Torvald reacts with outrage and renounces her out of concern for his own reputation. Utterly disillusioned by her husband, whom she now sees as a hollow fraud, Nora declares her independence from him and their children and leaves, slamming the door behind her. Ibsen is often called “the father of modern drama” because he helped popularize realism. Ibsen took the world by storm with “A Doll’s House,” which was controversial at the time. Nora’s door-slamming exit from her marriage is sometimes described as a shot heard around the world. April 4 through 14 at Theatre Northwest Black Box Theatre on the campus of Indiana University Northwest. (219) 980-6808 or www.iun.edu/theatre