Discover interesting events, exhibits, performances to see and do

On stage at Notre Dame 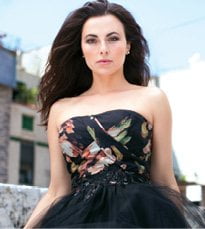 The defending NCAA champion University of Notre Dame Women’s Basketball team is not the only source of excitement on campus these days. Notre Dame’s DeBartolo Performing Arts Center is stepping up its game as well with a busy slate of events. Feb. 15 and 16, Irish Theatre of Chicago presents Owen McCafferty’s “Mojo Mickybo,” a play about two boys growing up in the violent Belfast of 1970. Broadway star Renée Elise Goldsberry performs Feb. 23. On March 5, mezzo-soprano Isabel Leonard takes a break from her starring role as the title character in the Metropolitan Opera’s staging of Nico Muhly’s “Marnie” to perform a concert at DPAC, accompanied by the Czech National Symphony Orchestra. Legendary composer Philip Glass makes a rare appearance as a performer March 30. He will play the piano part in some of his chamber works in the first half of the concert, and the second half features the world premiere of a piece Glass composed for percussion quartet Third Coast Percussion. Irish Theatre of Chicago returns April 4 through 6 with Conor McPherson’s play “The Weir,” in which a group of people gathered together in a pub tell each other a series of ghost stories. (574) 631-2800 or www.performingarts.nd.edu

The Lerner Theatre in downtown Elkhart welcomes illusionist Jay Owenhouse on Feb. 15. Comedian Tim Hawkins performs Feb. 23. Elkhart will be smelling “T-R-O-U-B-L-E” on March 1, when country music superstar Travis Tritt comes to town. From March 8 through 10, local theater company Premier Arts presents “Seussical the Musical.” Comedian Lewis Black performs his hilariously crabby commentary March 29. The Temptations give a concert April 7 at the Lerner. Only one original member remains from the quartet’s heyday, but Otis Williams and the other current Temptations have not changed their winning formula a bit from the Motown days. (574) 293-4469 or www.thelerner.com

Comedian Sebastian Maniscalco performs Feb. 21 at the Morris Performing Arts Center in South Bend. On March 2, maestro Alastair Willis and the South Bend Symphony Orchestra will play works by Rachmaninoff and Brahms. Goofball comic Jim Gaffigan comes to the Morris on March 6. The Morris will be transformed into 19th Century France from March 19 through 24 for a run of “Les Misérables.” The South Bend Symphony Orchestra returns April 13 for a concert that includes two compositions by contemporary composer Mason Bates, alongside a performance of the Beethoven Symphony No.7, the latest installment of the SBSO’s complete Beethoven symphonic cycle. (574) 235-9190 or www.morriscenter.org

Elkhart Civic Theatre will be filling the Bristol Opera House with laughs for two consecutive shows. First, “Little Shop of Horrors” runs from Feb. 22 to March 9. The musical, written by Alan Menken and Howard Ashman, is part horror show, part farcical comedy, part rock opera. It’s been a regular feature of American theater since its debut in 1982. One of Neil Simon’s lesser-known plays, “Proposals,” follows from April 4 through 14. Set in 1953, it’s a family drama with a lot of humor but several more serious underlying themes. (574) 848-4116 or www.elkhartcivictheatre.org

Sights, sounds at Museum of Art

At the South Bend Museum of Art, a new installation is in the Project Room from South Bend-born video artist Mike Amato. Titled “Sounds Like Dancing,” the work consists of two video creations that will run through April 7. Also see the sculptures by Mike Slaski through April 7. (574) 235-9102 or www.southbendart.org

In Goshen, the hip record store and music venue Ignition Music Garage is under new ownership. In recent years, Ignition specialized in bringing Americana-style bands to play in the store, but now there is much more diversity—including blues, heavy metal, reggae, jazz and folk acts. Frank Vignola’s Hot Guitar Trio will visit the store March 2. (574) 971-8282 or www.ignitionmusic.net