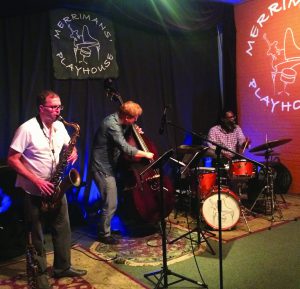 Merrimans' Playhouse at 1211 Mishawaka Ave. in South Bend is now being run as a nonprofit. The venue holds a weekly jam session and often features touring jazz bands as well. (Photo by Mary Merriman)