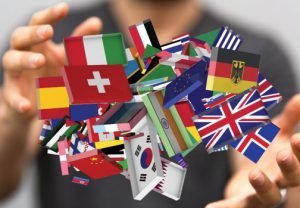 For years now, American steel mills in Northwest Indiana have been locked in competition with places like China. The rising tide of steel imports has been a central stressor for the region’s focal industry, pushing companies like U.S. Steel and ArcelorMittal to seek new markets to corner and technologies to master as their trade complaints play out in political channels.

At the same time, the companies buying that steel – companies that make equipment and parts to help power those mills and countless other factories and machines around the world – have been looking more and more in the opposite direction.

Parts makers in Northwest Indiana are increasingly investing not just in competition with imports here at home, but in growing globally – through exports, international expansions and financial backing by foreign companies. 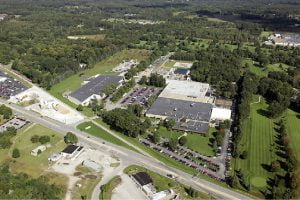 Sullair distributes almost all of its air compressors, rotary screws and airends directly from its Michigan City plant.

At Michigan City-based air compressor manufacturer Sullair, global vice president Jon Hilberg says that about 45 percent of their business goes to South America, 15 percent to North America, and 40 percent to China, with the rest going to Asia and Europe.

Sullair distributes almost all of its air compressors, rotary screws and airends directly from its Michigan City plant. They began opening offices in Asia in the 1970s, set up a factory in China in 1994, bought another in Australia in 2002 and cut the ribbon on a third international plant, again in China, in 2008. In all that time, the company has sold about 220,000 air compressors in at least 50 countries.

And now, they’re going to have an international parent company. Sullair was once owned by United Technologies, but spun off several years ago and is currently in the middle of an acquisition by Hitachi, the giant Japanese conglomerate.

“Hitachi has made a huge commitment,” says marketing director David Andrews. “It was really a good marriage.”

“When you want to grow internationally, you have to take a longer-term view of things,” he says. “Hitachi is looking at us for the long-term, and at how compressors can be a very integral part of their business.”

Hitachi wanted a North American facility to grow its air compressor business outside of Japan, Andrews says, and that expansion and investment will mean more of the same for Sullair.

“From a jobs standpoint, we see our products – because of Hitachi, actually – hitting more markets,” says Andrews. “Hitachi is a well-known global name, and as we look at expanding into these [new international] markets with Hitachi, this will increase our revenue and opportunities for employment in the United States because of that manufacturing prowess.”

Indiana is already a hub of foreign investment. Take Japan: It backs more business here than in any other state, and more Indiana business is backed by Japan than by any other country.

In 2016, according to forthcoming data from the Indiana Business Research Center (IBRC), six investments by foreign companies across Portage, South Bend, East Chicago and Merrillville brought in $44.7 million and created 192 jobs.

That’s on top of at least 20 big foreign investments the Indiana Economic Development Corporation recorded in the region between 2005 and 2013. Counted among those are steel mill expansions and investments by ArcelorMittal – based in Japan and the Netherlands – and by BP, based in the U.K.

German companies have joined Finland, Canada, Luxembourg and the U.K. in growing Northwest Indiana’s manufacturing base in recent years. And as of last year, statewide, the top two sectors for foreign-backed investments were automotive components and metals – two industries that help drive the region’s economy.

Vehicles and parts were the state’s biggest export sector as of 2014, the last year for which the IBRC has reported data. The auto industry exported nearly $8.4 billion in products that year.

And in its latest complete Global Positioning report, the IBRC says that Indiana’s “export value has nearly doubled since 2004, from $19.2 billion to $35.5 billion in 2014.”

The IBRC says Indiana’s GDP depends more on exports than all but seven other states. Fifteen percent of those exports go to Mexico, but more than a third go to Canada, reports the IBRC. 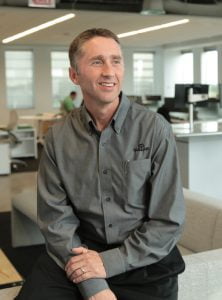 “When you want to grow internationally, you have to take a longer-term view of things,” says Sullair Marketing Director David Andrews.

But why make these products in the United States and ship them overseas, if you’re already doing business in other countries? Why not just make the products overseas to begin with? The answer, says Sullair’s David Andrews, lies in Northwest Indiana’s innate characteristics.

“When you’re talking about international manufacturing, one of the things you’re looking for is the source of your raw materials,” he says, calling the region “a pretty good source.”

“But you also have to have the ability to ship it,” he says, and that’s where the region’s infrastructure comes in.

Andrews says Sullair’s products are mostly trucked across the country to their next destinations. Some are put on trains or ships at the Port of Indiana-Burns Harbor. 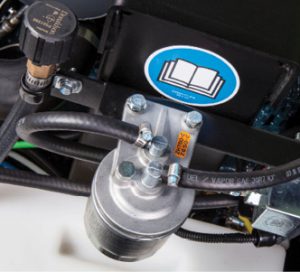 Michigan City-based Dwyer Instruments exports 35 to 40 percent of the HVAC and process automation products it makes in Indiana to more than 85 countries.

“Being located outside of Chicago, Illinois allows Dwyer to ship our products anywhere in the world,” says Chhutani. “Our warehouse in South Bend is just blocks away from FedEx and UPS shipping facilities, as well as a number of freight carriers.”

Sullair’s Andrews says Northwest Indiana’s access to materials and shipping capabilities means there’s nowhere his company would rather be headquartered.

“As a hub that’s a little bit outside of the Chicago corridor [with] a little more open space, transportation is one of the biggest keys,” he says. “[Northwest Indiana has] so many opportunities for manufacturing to be inbound and outbound.”

Follow Me
Annie Ropeik
Annie Ropeik is an award-winning journalist who has reported for public radio stations and trade publications across the country. She covered fishing, shipping and oil from Alaska’s Aleutian Islands, wrote about agriculture and watershed cleanup in Delaware, and now reports on manufacturing, local development and workforce policy for Indiana Public Broadcasting. Her reporting has earned accolades from PRNDI and multiple state press clubs, appearing on NPR, the BBC and CNN and in National Fisherman Magazine, among others. Annie is a proud Marylander with a degree in Classics and Philosophy from Boston University.

Follow Me
Latest posts by Annie Ropeik (see all)