On paper, Northwest Indiana has a lot going for it that other parts of Indiana simply don't have.

“We've got great assets. We've got access to the fifth-largest economy in the world in Chicago. They are our neighbor,” says Donald Koliboski, vice president of economic development for the fledgling Lake County Indiana Economic Alliance. “In terms of population, we're the second most populous area in the state. There are so many things that you can do here–plus, our infrastructure and our access to Lake Michigan. We're in a great physical location.”

The state of Indiana does not rank its regions against each other. Much of Northwest Indiana's overall economy is tied to the manufacturing sector, which has taken a hit lately with layoffs at steel mills in Lake and Porter counties.

A quick glance of the state's overall unemployment picture shows a rate of 5.1 percent but one that's near 7 percent in Lake County alone.

Still, folks such as Koliboski believe Northwest Indiana is on a verge of major investment following the completion of the Gary Chicago International Airport's primary runway.

But matching that qualifiable workforce to prospective employers can be tricky.

That's why Koliboski helped start LCEA to focus solely on Lake County. The president of the group is Karen Lauerman.

Both Lauerman and Koliboski both worked previously for the pro-business group, the Northwest Indiana Forum.

Koliboski says LCEA's goal is to quickly identify sites in Lake County that can be developed or redeveloped.

So far, in the eight months LCEA has been in operation, it has already proven successful.

Earlier this year, LCEA helped identify 29 acres in East Chicago in which Chrome LLC is currently investing $5 million for property acquisition, improvements and beautification. The building was used as storage for BP, Buckmaster Steel operations and was originally built for Standard Forge.

Chrome LLC plans to use the 100,000-square-foot crane- and rail-served building to make it more attractive for companies to consider East Chicago.

Chrome is also trying to secure an anchor tenant and will invest at least $2 million and generate 30 jobs as part of a relocation, additional property improvement and development.

“As manufacturing is migrating to clusters, the Midwest is seeing stabilization and growth and supply chain considerations are becoming more important. East Chicago, specifically this property, is conducive to attracting business and future developments,” William Marsh, president and general partner in Chrome LLC, says in a written statement.

Koliboski says LCEA has identified another industrial property in East Chicago that will bring along $50 million in new investment which could mean as many as 500 jobs in the next five years. “That would have never happened if it were not for our due diligence.”

Koliboski hopes to put aside those competitive drives that can divide cities and towns in Lake County.

The state has allocated $84 million in the state's biennial budget for the initiative. The legislation was authored by Indiana Rep. Jerry Torr (R-Carmel) and sponsored by Indiana Sen. Ed Charbonneau (R-Valparaiso). 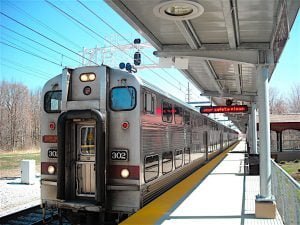 TAKE THE TRAIN The South Shore Line expands its reach to Munster.

“As Indiana continues to prove itself as the best place in the country to do business, the next frontier is to become a top destination for talent,” Victor Smith, Indiana Secretary of Commerce, says in a written statement. “We must embrace regional collaboration and investments in livability and culture as we work to be a nationally recognized state to live and work. The Indiana Regional Cities Initiative is the key to this effort, and I thank the governor and our lawmakers for giving Hoosiers the tools to transform our communities.”

Proposed by Gov. Mike Pence, the Indiana Regional Cities Initiative sets forth a framework for neighboring communities all over Indiana to work together to develop “quality of place” initiatives, with the goal of securing at least $1 billion in joint private and public investment over the next decade.

The IEDC will review regional proposals and award matching funds in order to facilitate significant and meaningful investment in the region.

“The biggest threat to our continued economic success is population stagnation, and the next generation of talent wants more than just a good paying job,” Smith says. “They want a lifestyle and an atmosphere that inspires, educates and fosters personal growth. This initiative will bring that energy to our regional communities as we work to grow our population and retain our best and brightest in the place they want to call home.”

But even with exciting initiatives, there are continued challenges, says Bill Hanna, president and CEO of the Northwest Indiana Regional Development Authority.

“I think we have been hit harder than most places by the decline in the industrial base. That's been pretty clear over the last few decades,” Hanna says.

Hanna says Northwest Indiana's asset is being so close to Chicago. “If you start looking what are the new drivers or the base of the new economy that we should be talking about, not just bringing factors over from Illinois, it's become clear to us that our connectivity to Chicago is really the key to expanding our economic base,” Hanna says. “In that perspective, we are ahead of everyone else in Indiana.”

One project that could prove beneficial to Northwest Indiana is the expansion of the South Shore train line from Hammond to Munster. That means for the first time the train line that runs along near the Lake Michigan shoreline will travel inland.

The Indiana General Assembly provided $180 million in funding to extend the line.

With millions of dollars invested in six major shoreline restoration projects, Hanna says the new goal is to provide a better “quality of place” in Northwest Indiana.

“The value of transit system is really dictated by where it terminates. Ours terminates in Chicago,” Hanna says. “The strategy is to establish Northwest Indiana as a legitimate suburb of Chicago because we're just as close geographically as some of the other flourishing suburbs west and northwest of Chicago.” 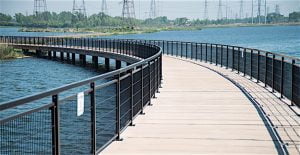 ON THE BOARDWALK The new bike trail at Wolf Lake is among more than $50 million in recent improvements around the lake.

For Hanna, the ongoing push to lure Illinois companies to Indiana won't lead to great economic development in Northwest Indiana, but investing in transportation will.

He says transportation is the key to unlocking why Chicago's other suburban areas have grown much faster over the last 40 years than have Northwest Indiana's communities.

“Even though we have a friendly climate tax-wise, it's not enough to be competitive in a place where access means everything to an awful lot of employers,” Hanna says. “This tit for tat on approach for economic development is more based on political posturing than it is on economic reality. I think we are better off talking about how there's mutual benefit and economic exchange between both regions.” 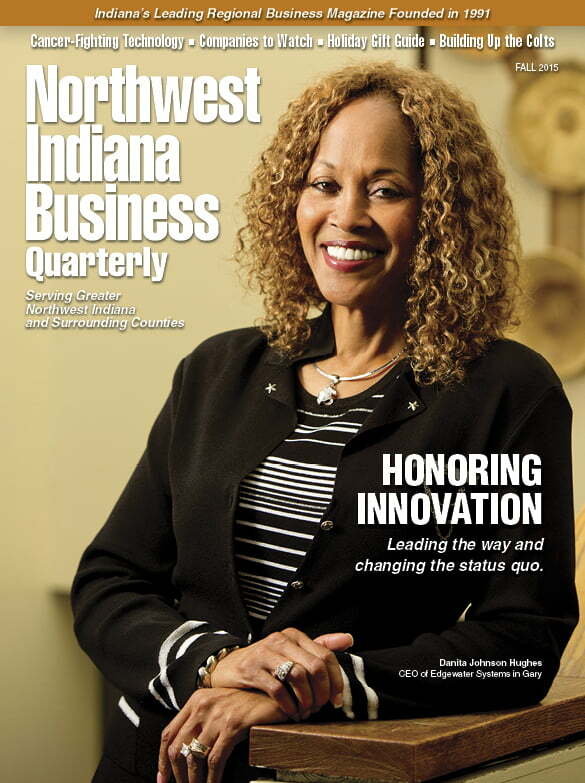