You are here: Home / Articles / Enterprising Women at the Helm

Enterprising women at the helm. Advice from women leaders who cleared the glass ceiling.

She has been involved in every aspect of the transportation business, from customer service and sales to safety director, terminal supervisor and operations manager.

“As a new transportation carrier, it is very difficult to get started in this business because a lot of customers won't use you until you're in business for a year,” Rehmel says.

Despite her trepidation, in June 2015 she started her own business, L&R Transportation & Logistics in Valparaiso, a power only transportation company. Rehmel started her new firm with seven owner-operators and now has 17. 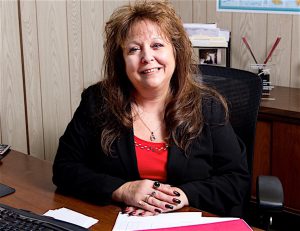 “ HARD WORK AND DETERMINATION WILL PAY OFF,” says Lynn Rehmel of L&R Transportation & Logistics in Valparaiso.

“We are going to be at $3 million [in revenue] by our one-year anniversary,” says Rehmel, who oversees all operations, including all financial responsibilities. “I work directly with customers booking our moves, and work daily to find new customers to grow our business.”

Rehmel is one of many enterprising women at the helm of prosperous businesses in Northwest Indiana. Their roads to entrepreneurial success have included long hauls, hairpin turns and unplanned pit stops. Northwest Indiana Business Quarterly spoke with a few of these women, who shared their stories, their struggles and their advice to others facing a glass ceiling of similar challenges.

“You would think that after all these years, and the changes in the workforce, this would no longer exist. But it does,” Rehmel says.

“When I started my career as a chef, I was the only woman in the kitchen, and I had to prove that I could cook as well as the men,” she says. “Now in the commercial cleaning industry, we do a lot of post-construction cleaning and I am usually the only woman on a construction site.”

When Broutman started with Performance Plus in 2010, she would always bring a male coworker with her because she perceived a sense of unease from the men she worked with.

“The more knowledge I gained as I worked on more and larger projects, the more respect I gained from the men I worked with,” she says. 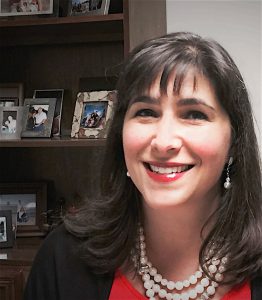 “Not every decision you make is going to be the right one, but admit when you are wrong and take steps to learn better ways to do things.” —Paula Broutman, Performance Plus in Merrillville

Broutman graduated from Indiana University in Bloomington in 1991 with a degree in telecommunications. After college, she attended the Cooking & Hospitality Institute of Chicago to become a chef and caterer. She worked in the food industry for almost 20 years in Chicago.

“After I got married and had kids, I decided I wanted a better work-life balance, so I decided to work with my father, Michael Saks, at our family business,” she says.

When Broutman arrived at the company, she started as a sales person to familiarize herself with the industry while getting to know other businesses in Northwest Indiana. In 2011, she began the transition to company president and, in 2014, Performance Plus became state certified.

“We will be celebrating 100 years in business in 2017 and are looking forward to continue the legacy into the next generation,” Broutman says proudly.

While working in catering, she grew her company from $250,000 in annual revenue to more than $2 million, mostly by acquiring large accounts.

“The gradual increase in responsibility enabled me to learn different aspects of running a business while I was doing the work,” she recalls. 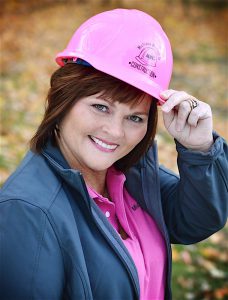 “No one ever achieves greatness from living within their comfort zone.” —Jayne Flanagan, Michiana Brick & Building Supply

Jayne Flanagan, a registered nurse by degree, became president and majority owner of Michiana Brick & Building Supply in 2011. But only after attending brick school did she learn how to mix mortar, build walls and better understand concrete blocks and pavers.

In 2015, Michiana Brick became a certified Women Business Enterprise, or WBE, an important qualifier for any female-operated firm.

“We made three attempts,” she recalls, while also working weekends in the field of hospice nursing. “Our process was impeded by red tape and by trying to prove I was fully running Michiana Brick.”

Another challenge was selling her vision to eight local contractors who competed with each other while Michiana Brick built its Outdoor Living Center in 2013.

“But they trusted in Michiana Brick to help grow their companies as we grew ours,” says Flanagan, whose father, Greg Gluchowski Sr., started the company in 1993.

In 2014, Flanagan initiated the formation of Michiana Women in Construction, serving as executive director over a network of empowered, educated women who are directly and indirectly involved in the construction industry. This includes Women Business Owners of Michiana, Business Women United Network, Michiana Networking, and Granger Business Association.

Flanagan also was responsible for bringing the Techo-Bloc brand to Indiana as its first distributor, reflecting her workplace mantra of “turning backyard dreams into realities.”

“I had to learn not only about running a business but everything I could about brick, block and everything in between,” she says, “as well as delving into the male-dominated world of construction.

“Helping to recreate Michiana Brick seemed a lot easier on paper than in reality,” she adds. “No one ever achieves greatness from living within their comfort zone.” 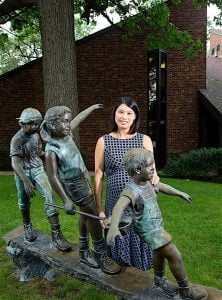 “ CALCULATED RISKTAKING” Heather Chik is a licensed clinical psychologist, as well as owner and director of the Anxiety & OCD Behavioral Health Center.

Heather Chik routinely helps patients in her Munster office who struggle to live outside their comfort zone. She is a licensed clinical psychologist, as well as owner and director of the Anxiety & OCD Behavioral Health Center.

“While there are many cognitive behavioral clinical psychologists in Chicago who specialize in treating anxiety disorders and OCD, there were none in Northwest Indiana,” says Chik, who has more than 10 years of experience in using cognitive behavioral therapy and other evidence-based psychological treatments. “So I took a calculated risk, did some market research and went ahead to start my own solo practice.”

It took seven years from the start of her graduate degree to earn her licensure, and another two years of working as a staff psychologist in Chicago before opening her own private practice.

Chik's practice grew from only herself on staff to employing two other psychologists and an office staff.

“I think what helped me most was knowing how to surround myself with people who I can trust, respect and enjoy working with,” Chik says. “And, of course, it helps to have a husband who is 100 percent behind what you do and letting you take risks.”

In addition to serving patients of all ages, Chik also speaks at international, national and regional conferences while providing supervision and training to clinical psychology students, interns and postdoctoral fellows.

“The biggest challenge is definitely a work-life balance,” says Chik, who has a toddler son and another baby due in August. “Just getting out the door in the morning is a challenge.”

She typically starts her administrative work by 5:45 a.m., before her son wakes up. Her daily goal is to not bring work back home each night.

“Oftentimes, I have to sneak in some work on the weekends, but my family is definitely important to me,” she says, echoing most professional women in similar top positions.

Rehmel worked hard to earn respect from her peers while juggling a family life. She suggests younger female professionals first learn everything possible about their chosen field before diving in heart first.

“Realize that hard work and determination will pay off,” she says, noting the importance of nurturing a vision. “Always follow your dreams and realize you can achieve anything you set your mind to.”

Flanagan agrees, reminding aspiring female business owners to believe in their inner abilities while not allowing doubts to overcome their professional dreams.

“Embrace your inner red-headed stepchild and take chances,” she says. “Embrace your strengths and acknowledge your weaknesses.

“Don't fear failure, they say, but also have a plan of attack for, ‘What's the worst thing that could happen?'

“Have a grateful heart, count your blessings daily, and give back to your community,” Flanagan says. “Surround yourself with greatness, those that you respect, admire and aspire to be, as well as those who believe in you.”

Flanagan credits her husband, her father, her brother, and a male cousin, “as well as an incredible group of females who believed in me when my own internal thoughts were holding me back,” she adds.

Broutman says such mentors are crucial to climbing the workplace ladder. Her first mentor was Patty Panozzo, a female chef and restaurant owner in Lakeside, Michigan. Her other mentor was Donna Goodman, catering director at Foodstuffs in Evanston, Ill.

“They were both strong, confident, successful women in a largely male industry,” she says.

Her best advice is to gravitate to people you respect and admire, whether in your own company or industry colleagues. Then, try to emulate their characteristics or traits that make them successful.

“Once you've identified those traits, use them to create the kind of results you would like to have in your own career and life,” Broutman says.

Conversely, these female leaders insist on learning from their own and others' mistakes, using them as tools for growth, not demons for demoralization.

“Not every decision you make is going to be the right one, but admit when you are wrong and take steps to learn better ways to do things,” Broutman says.

Never stop asking questions, these women say, or asking experts in your field for assistance or burning the midnight oil to maximize your company's potential. Regardless of industry, there are always new and improved ways of doing business using the latest trends.

“It takes a lot of hard work and a willingness to make mistakes,” Chik says.

“But always remember, at the end of the day, it is all about the relationships that you build with others, both professionally and personally, that matters. They are the ones who will be there to support you every step of the way. So take the time to spend quality time with them, and be respectful and engaging with those you work with.”