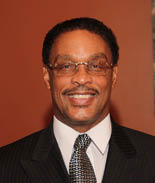 Discourse should heal, not divide

The Gary Chamber of Commerce had just concluded a very spirited meeting and immediately afterward the Chamber office received a contentious call regarding a matter that was clearly out of the authority of the Gary Chamber. That caused me to reflect upon the discord among our elected officials, within our homes, at our places of employment and among our youth. My reaction to those events and countless others of that type was, ‘Whew!’

At the next Chamber meeting, chairman Dr. Gordon Bradshaw challenged us to think of a new project, having successfully completed the last one. It had been on my mind to somehow address the way in which we interact and address each other, particularly when we do so in an offensive manner. So I suggested we do something to promote civility. Everyone agreed, and we quickly named the project Community Civility Counts, with the tagline “Together We Win!” Dr. Bradshaw almost immediately suggested that this was something needed everywhere.

Initially Civility Counts was to be distributed throughout our membership as a reminder to treat each other as we would want to be treated, but we then decided to partner with The Times of Northwest Indiana to spread the message throughout our community and eventually the world. Most of our local communities have adopted Civility, as have both houses of our Indiana legislature, the local universities, and several high schools, businesses and groups. What’s more, Ambassador Dr. Clyde Rivers has taken Community Civility Counts to the African nations that he represents.

Here are some ways we can practice and encourage civility in our everyday lives.

Civility begins from within. You cannot teach or preach what you do not practice yourself. You are your best example. If you are in a situation or an environment devoid of civility, appeal to the civil instincts of the other parties. Remind them that their attitude may prevent the other side from even considering their point of view. Often people are not aware of their negative behavior until it is politely pointed out. By all means, never answer negative behavior or uncivil discourse with the same behavior. No one wins. Like a flame, if that behavior is not fueled it will fizzle out.

Incivility in the workplace is a culture that management should control. If you are a superior officer or a manager, your position affords you a position of authority. You have the ability to demand civil conduct in the workplace.

Kids should never be subjected to constant or intense bullying. Parents should instruct their children to go progressively up the authority chain until a responsible adult intervenes and takes appropriate action. Junior or Little Miss should not be asked to take on the bully. Bullies normally have a physical advantage or a group of friends who support that behavior. It would be so unfair to ask any child to deal with those odds.

Political discussions have become a part of our everyday life, particularly today. Most people are either on one side or the other. We are a divided nation. My advice would be not to try to win your point but to simply relish the opportunity to freely express your view. Your point may not be considered immediately but either fair thinking on their part or future events will likely define which individual made the better case.

Chuck Hughes is the executive director of the Gary Chamber of Commerce.

Chuck Hughes
Chuck Hughes is the executive director of the Gary Chamber of Commerce.

Chuck Hughes is the executive director of the Gary Chamber of Commerce.