Petar Todorovic was promoted to president at Sage-Popovich Inc. in Valparaiso.

Mark Baer is the new CEO for Crowe. The firm, which has a South Bend location, is a public accounting, consulting and technology firm with global operations. Baer succeeds Jim Powers.

Purdue University Northwest faculty members Scott Bates, associate professor of biological sciences, and John Durocher, associate professor of health studies of the college of engineering and sciences, were awarded Nils K. Nelson Endowed Professorships. The designation recognizes their commitment and dedication to research and teaching within the biological sciences department at PNW, and provides additional support for research and scholarly activities in their respective fields of study, according to the university.

Elizabeth Renieris was appointed founding director of the Notre Dame-IBM Technology Ethics Lab at the University of Notre Dame.

Holli Sullivan, a state representative from southern Indiana, was appointed by Gov. Eric Holcomb as Indiana’s new secretary of state in late March.

David Cook was named Indiana Inspector General. He previously was chairman of the Indiana Alcohol and Tobacco Commission.

Ryan McCoy of Valparaiso was named director of the Ports of Indiana-Burns Harbor. His new role began April 26. McCoy succeeds Ian Hirt, who was in the role since March 2017, but it was announced in January that he was stepping down May 3.

John Randall was named president and CEO of Michigan City-based Sullair. Randall’s appointment was effective April 1. He replaces Charlie Takeuchi who was promoted by Hitachi Ltd. to president of Tokyo-based Hitachi Industrial Equipment Systems. Randall most recently served as president of Sullair Asia for more than two years.

Katelyn Marciniak was named marketing coordinator for the Lubeznik Center for the Arts in Michigan City. She replaces Kyle Murphey, now co-owner and creative director at Crosscurrent.

A study commissioned by Centier Bank found the Merrillville-based organization’s community impact across the state totaled more than $11 million between 2016 and 2020. The report compiled by Blackbird Philanthropic Advisors in South Bend found Centier’s community impact had an estimated value of $11,055,978. The study examined several areas, including corporate philanthropy, volunteerism and associate philanthropy, to quantify Centier’s impact on organizations and communities. During the time examined, Centier contributed financially to more than 1,350 organizations and volunteered 71,856 hours across 2,821 organizations.

Seattle-based ecommerce giant Amazon is expanding its delivery operations in Northwest Indiana. The company is opening delivery stations in Merrillville and Valparaiso before the end of the year. The Valparaiso site will be at 2200 Memorial Parkway, according to a statement from the city of Valparaiso. Amazon plans to invest about $30 million in the property, which will employ 130 part- and full-time workers as well as more than 150 delivery drivers with salaries starting at $15 per hour and assorted benefits. The Merrillville site will be at the AmeriPlex at the Crossroads Business Park, a development of Holladay Properties. Amazon’s Merrillville operation will occupy a 141,360-square-foot building on a 35-acre parcel and employ between 125 and 250 workers as well as 230 delivery drivers and possibly another 60 flex drivers, according to Holladay Properties.

Valparaiso Health Center of St. Mary Medical Center is expanding its outpatient services with a third floor, a 20,455-square-foot addition. The project is expected to be finished by June, and will accommodate the hospital’s growing physical therapy, medical oncology and gastroenterology service lines.

The Indiana Department of Workforce Development launched the Hoosier Talent Network from Eightfold AI to connect employers with workers disrupted by the coronavirus outbreak. The new job-matching and career-planning site is powered by artificial intelligence to help jobseekers quickly find the right opportunities in the right locations, the state said. By better understanding their skills and capabilities, the network can unlock opportunities based on an individual’s unique potential.

The Pokagon Band of Potawatomi Indians, which operates three Four Winds Casino locations in Michigan and another in South Bend, through its investment arm Mno-Bmadsen, acquired Walerko Tool and Engineering Corp. in Elkhart through its manufacturing investment vehicle Mno-DREK. The deal closed in March and terms of the transaction were not disclosed.

A new initiative at Ivy Tech Community College’s Lake County campus seeks to make better connections between students and potential employers. The college’s career coaching and employer connections will launch this fall to assist students in preparing for a job search and work with area employers to ensure students have the skills needed to work in their respective industries. Ivy Tech has been rolling out the program at its campuses statewide in recent months.

Patrons to the new Hard Rock Casino Northern Indiana in Gary may recognize the iconic guitar marquee sign at the entrance to the entertainment complex. The guitar sign, which was revealed April 8, was modeled after the 1961 Supro Airline Town & Country guitar used by Joe Jackson, father of the members of the legendary Jackson 5. The casino opened May 14.

Alliance RV, which launched in 2019, is investing more than $33 million to grow its manufacturing campus on Benchmark Drive in Elkhart. The company, which manages three manufacturing and office facilities totaling 254,000 square feet, plans to build and equip two additional 120,000-square-foot production facilities to support increased production of its line of luxury fifth-wheel RVs. The company could add up to 650 new jobs by the end of 2023. 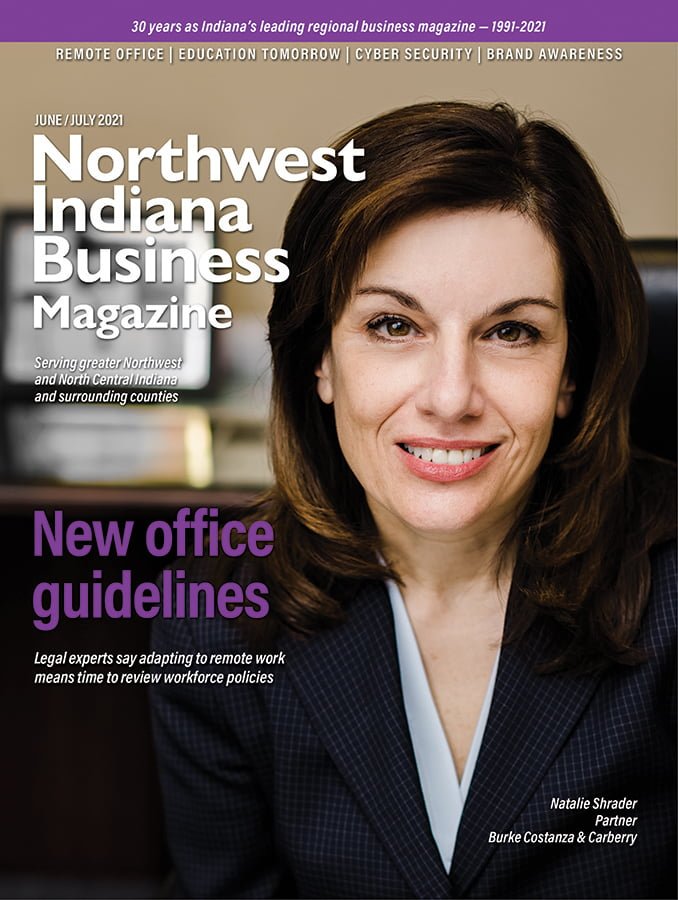