You are here: Home / Archives for Matt Wesaw 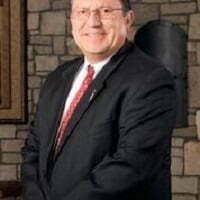 DOWAGIAC, Mich.  – Matthew Wesaw was elected chairman of the tribal council of The Pokagon Band of Potawatomi Indians. Other elected board positions include Kelly Curran, secretary; Colin Wesaw, elders representative and Gary Morseau as member-at-large. Wesaw also will serve as chairman and CEO of the Pokagon Gaming Authority Board, which oversees the Band’s casino […]