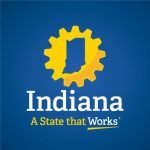 Company executives are scheduled to be joined by representatives from the Indiana Economic Development Corp., city of South Bend and the South Bend Chamber of Commerce on July 24 for the grand opening of its $8 million plant at 3333 N. Kenmore St.

The company announced in 2017 plans to relocate its facility from Michigan to South Bend. The Indiana plant already is operational.

The company at the time said its Indiana facility would bring up to 70 new jobs to South Bend. A statement from the IEDC said the company has hired about half of those jobs.