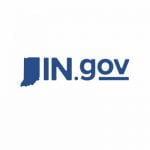 A group of business executives and education professionals from around the state has been assembled to examine what constitutes competitive teacher compensation in Indiana and how to achieve it.

The office of Gov. Eric Holcomb on Feb. 12 announced members of the volunteer Next Level Teacher Compensation Commission. The commission has been tasked to deliver its recommendations to the governor and the General Assembly before the 2021 legislative session.

Members include representatives from Northwest and North Central Indiana.

Among the commission members is Jená Bellezza of Gary, chief operating officer of the Indiana Parenting Institute. Denise Seger of Granger, chief human resource officer for Concord Community Schools in Elkhart, was named to an advisory council to the commission.

An organizational meeting will be scheduled at a later date.

Other commission members include:

Members of the advisory council are:

Holcomb has proposed increasing K-12 funding by 2 percent in the first year of the state’s budget and then an additional 2 percent increase in the second year of the budget. Holcomb also proposed paying off a pension liability that schools currently pay, which would save school districts an estimated $140 million over the next biennium with continued savings in the future.