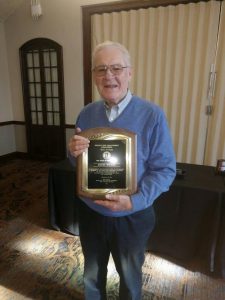 His induction took place in early January during an association luncheon hosted by the Purdue Memorial Union in West Lafayette.

Wilson is a life-resident of Hobart and was the second-generation owner of Monroe Pest Control. He retired in 2000.

Monroe Pest Control, which still is in Hobart, now is operated by Wilson’s children, David N. Wilson and Kelly Tichacek. David N. Wilson presented the award to his father during the event.

The Indiana Pest Management Association promotes the education and training of the pest control industry.