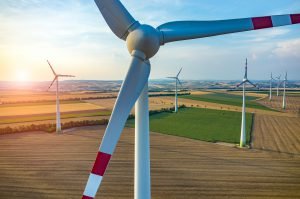 A total 83,752 people working in clean energy jobs in Indiana at the end of 2017 according to a report released by the Clean Energy Trust and E2.

Indiana is among the leading Midwest states for clean energy jobs.

This is according to a new report from the Clean Energy Trust and E2, a business group of environmental entrepreneurs. More than 714,000 Midwesterners work in clean energy, according to the report’s analysis of Department of Labor Employment statistics.

There were 83,752 people working in clean energy jobs in Indiana at the end of 2017, roughly 2.7 percent of state’s workforce of 3.1 million, according to the report. That placed Indiana fourth among 12 Midwest states outlined in the report.

In the Midwest, energy efficiency led all clean energy sectors, employing more than 513,695 workers, while renewable energy came in second with more than 83,000 jobs – led by solar and wind with 73,675.

According to Clean Jobs Midwest, clean energy employment across the 12-state Midwest region totaled 714,255 at the end of last year. Indiana, Wisconsin, and Minnesota also placed in the top 20, while Iowa, Kansas, Missouri, Nebraska, North Dakota, and South Dakota make up the other six states in the analysis.

“These findings show that clean energy jobs in wind, solar and energy efficiency are growing across the region and that the Midwest continues to demonstrate it is a fertile region for clean energy innovation, enabling businesses to launch, grow, and create jobs,” said Erik G. Birkerts, CEO of Clean Energy Trust.

Additional information for all 12 states – including job totals for every county, congressional district, and state legislative district— can be found at CleanJobsMidwest.com.