You are here: Home / Community / Business News Bits / Report: RV industry made $114 billion impact on US economy in 2018 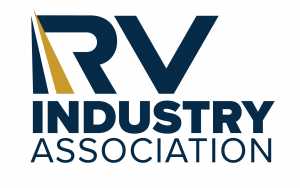 The RV industry made a $114 billion impact on the nation’s economy in 2018, with nearly one third of that coming to Indiana.

This is according to the latest RVs Move America Impact Study released June 3 by the Elkhart-based RV Industry Association.

According to the study, the industry supported nearly 600,000 jobs nationally, contributing more than $32 billion in wages, and paying more than $12 billion in federal, state, and local taxes. The RVs Move America Economic Impact Study, conducted for the association by John Dunham & Associates Inc., includes all companies involved in the manufacture, sale, rental, repair, storage, and service of recreation vehicles, as well as the aftermarket industry and the financing and insurance of RV purchases and the economic impact of recreation vehicle travel.

“What the study reveals is that RVs are not just the familiar highway scene of an American summer,” said Garry Enyart, chairman, RV Industry
Association, and director, mobile generator sales and coach care at Onan/Cummins. “Indeed, RVs are the heart of an industry that has become an American juggernaut, a business that has tripled in size since the Great Recession of 2009.”

In 2018, 482,389 RVs were made in the US, with towable vehicles accounting for 88 percent of shipments to dealers, and motorized vehicles the other 12 percent.

The 25 million Americans who go RVing each year contribute not only generally to the nation’s economy, but to the outdoor recreation economy, which according to the U.S. Department of Commerce’s Bureau of Economic Analysis represents 2.2 percent of the U.S. gross domestic product.