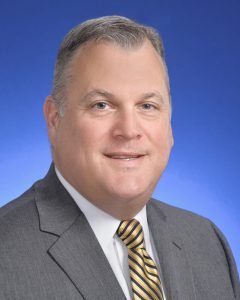 Vanta Coda has been named as the Ports of Indiana’s next chief executive officer to replace Rich Cooper following his retirement July 1.

Coda brings 25 years of experience in maritime and multimodal operations on the Great Lakes, Gulf of Mexico and Ohio River. He most recently served as the executive director for the Duluth Seaway Port Authority.

During his time at Duluth, Coda led the completion of $24 million in infrastructure renewal projects, opened the CN Duluth Intermodal Terminal and launched the Duluth Cargo Connect initiative.

The Ports of Indiana is a statewide port authority managing ports on the Ohio River – Jeffersonville and Mount Vernon, and Lake Michigan – Burns Harbor.