You are here: Home / Community / Business News Bits / Making a Difference: Two longtime Region residents among 23 from across Indiana honored by state for volunteer work

Lt. Gov. Suzanne Crouch stands with the 23 recipients of the 2019 Golden Hoosier Award during the ceremony at the Eugene and Marilyn Glick History Center on June 24. The award recognizes outstanding senior citizens throughout Indiana. (Photo provided by the office of Lt. Gov. Suzanne Crouch)

Two Northwest Indiana residents are among 23 from across the state presented with a 2019 Golden Hoosier Award.

The awards, presented annually since 2008, are given to Hoosier senior citizens for their years of volunteer service in their communities.

The awards are presented by Lt. Gov. Suzanne Crouch, in collaboration with Indiana Family and Social Service Administration’s Division of Aging.

The Region honorees are Merlin Foresman of Hebron and Lorrie Woycik of Valparaiso.

“With more than 80 submissions from individuals across the state, it was certainly difficult to narrow it down to 23 exceptional senior citizens,” Crouch said. “This year, we really expanded the program and could not have done it without our partnerships with AARP Indiana and the Eugene and Marylin Glick Indiana History Center.”The 23 recipients attended a recent ceremony at The Eugene and Marilyn Glick Indiana History Center, which celebrated their achievements.

Foresman is a longtime Knights of Columbus member and volunteer who has a knack for raising money for projects that benefit people in need, according to nomination materials provided by the office of Lt. Gov. Suzanne Crouch.

He’s worked on fundraising for the Santa and his Elves program, which provides Christmas gifts to families that otherwise would go without and the Tootsie Roll Drive, which raises funds to help people with intellectual and developmental disabilities.

Foresman also has written grants to fund a project to rebuild bicycles, which are given to children who had never owned a bike or adults who need a bike to get to a job. This initiative is led by the Knights of Columbus Council 7473, which has rebuilt hundreds of discarded bicycles.

Woycik is a longtime Special Olympics volunteer coach and retired teacher. According to her nomination materials, she learned one day that a state law would end the practice of using public school buses to take Special Olympics athletes to competitions.

Woycik worked with Region lawmakers to address the problem and eventually turned to State Sen. Ed Charbonneau of Valparaiso who said Woycik was the “moving force” behind the passage of what would become the first bill that Gov. Eric Holcomb signed into law. In celebrating her 50 years with Special Olympics, Woycik said she remains inspired by Special Olympics athletes’ ability to reject limitations.

Other award recipients include: 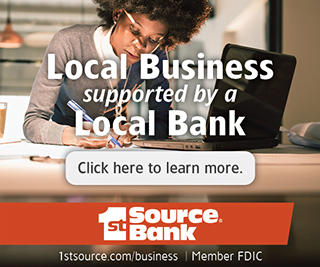