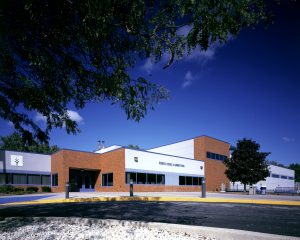 The charter school is purchasing the two buildings and land, which previously served as the college’s Gary campus, Ivy Tech said in a statement. The college recently moved its Gary operations to the Arts & Sciences Building, which it shares with Indiana University Northwest at 3491 Broadway, where it serves about 1,000 students.

That building is one three locations, including those in Crown Point and East Chicago, which make up the college’s Lake County campus. Ivy Tech, which offers 44 programs in Lake County, also offers classes at the Gary Area Career Center, 1800 E. 35th Ave.

“This will contribute to the renaissance of the city of Gary and we are proud to be a part of that,” Louie Gonzalez, chancellor of Ivy Tech-Lake County, said. “Without question, this will contribute to the development of the 35th Avenue corridor. And, as an educational partner, we will continue to improve the quality of life for thousands of young people in the years to come.”

Kevin Teasley, founder of GEO Foundation and superintendent of 21st Century Charter School, said the new space will allow more Northwest Indiana students to take advantage of the school’s unique K-16 model, where students can earn associate and even bachelor’s degrees while in high school — free of charge to the students and their families.

“The space is ideal for us in that we will be six blocks from the new IUN/Ivy Tech building and right across the street from the Gary Area Career Center,” Teasley said.

Ivy Tech last offered courses at the 35th Avenue location in the spring 2018. The college previously announced it was moving those operations and staff to a combination of its other Lake County campus locations in Gary, Crown Point and East Chicago.

Ivy Tech said it serves 4,700 students in Lake County and another 4,000 dual-credit students in nearly 400 courses in high schools.