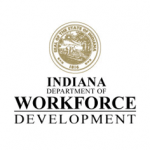 Information from the Indiana Department of Workforce Development, citing Bureau of Labor Statistics data, said the state’s jobless rate remains lower than the national rate, which was 3.7 percent in July.

The last time Indiana’s unemployment rate was at 3.4 percent was April 2018, the state said. The monthly unemployment rate federal indicator that reflects the number of unemployed people seeking employment within the prior four weeks as a percentage of the labor force.

Indiana’s total labor force, which includes both Hoosiers employed and those seeking employment, stands at 3.38 million, and the state’s 64.6 percent labor force participation rate remains above the national rate of 63.0 percent.

The state said private sector employment has grown by 27,300 during the year and has decreased by 1,300 from the previous month. The state said the monthly decrease is primarily due to losses in the leisure and dospitality (-1,500) and the trade, transportation and utilities (-700) sectors.

The state said labor force losses were partially offset by gains in the private educational and health services (1,500) and the financial activities (300) sectors.