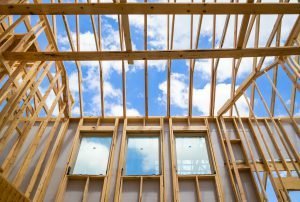 The Indiana Builders Association reported 1,497 building permits for new homes were issued in July across the state.

INDIANAPOLIS – Building permits for new single-family homes in the state remained flat in July when compared to June.

July’s total, however, is a 14 percent increase when compared to July 2017 when 1,310 new building permits were issued across the state.

For the year, building permits for new homes year-to-date through July are ahead of last year’s pace. A total of 9,700 building permits have been issued this year, a 7 percent increase when compared to the same time a year ago.

In June the association blamed rising lumber and labor costs on the slowing of new home construction.

The association said the home building industry already is experiencing the effect of higher lumber prices due to tariffs averaging more than 20 percent placed on Canadian softwood lumber shipments into the U.S.

Rising lumber prices since the beginning of 2017 has increased the price of a new single-family home by more than $6,000, the association said.