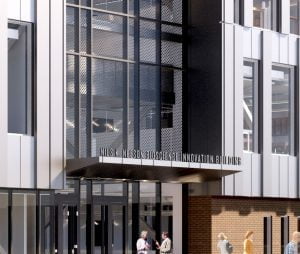 An $8 million gift from a former long-time Purdue University Northwest professor will ensure he will continue helping students with their college education for many years to come.

Nelson taught at the university for 29 years and had planned a multimillion-dollar gift from his estate, according to college officials.

The Purdue University Board of Trustees on April 12 approved the official naming of the Nils K. Nelson Bioscience Innovation Building, which now is under construction on PNW’s Hammond Campus. The 68,000-square-foot building project broke ground in July 2018 and is set to open in fall 2020.

The facility will contain research and teaching labs, and house PNW’s College of Nursing and the Department of Biological Sciences. It will be the first new academic building on the Hammond campus in nearly 20 years. 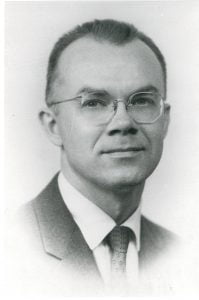 “It is fitting because PNW was the place where Uncle Nils found himself,” said Mary Keith Agnew, one of Nelson’s closest living relatives.

PNW Chancellor Thomas Keon said Nelson impacted the lives of students who went on to be chemists, biologists and doctors.

Throughout his life, Nelson lived frugally, but enjoyed traveling, according to college officials. He lived out his retirement in the same studio apartment he had as a professor which was a block away from campus

Keon said most of Nelson’s estate gift will be directed toward students through the Dr. Nils K. Nelson Memorial Scholarship. Another portion will establish named professorships in the college of engineering and sciences.

The remaining amount will go toward the Bioscience Innovation Building project, Keno said.

Nelson joined the Hammond campus faculty as an assistant professor in 1962, having taught at the University of Maine and University of Illinois. He pursued teaching after 11 years as a research chemist at Shell Oil Company.

Nelson was promoted to associate professor in 1966. He was named Professor Emeritus of Chemistry in 1991.