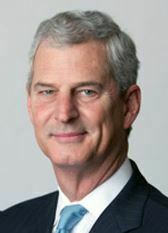 NiSource Inc., parent company of Merrillville-based NIPSCO, announced April 15 that Kevin Kabat was elected chairman of the company’s board of directors.

Kabat’s appointment is subject to his re-election to the board at the company’s annual stockholders meeting May 7.

“Kevin’s deep understanding of operating in a regulated environment, balancing the interests of many stakeholders, and extensive experience in strategic planning, financial reporting, risk management, internal controls and capital markets makes him an excellent choice to serve as chairman,” said Richard Thompson, who presently serves as the NiSource board chairman.

Thompson announced on March 4 he would retire from the NiSource board at the end of his current term. He was elected to the board in May 2004 and has served as chairman since May 2013.

“It would be an honor to serve as chairman and to succeed Rich,” said Kabat. “His thoughtful and inspiring leadership will continue to guide the board and me as we work with Joe Hamrock and the management team in delivering on our commitments to our customers, communities, shareholders and all our stakeholders.”

Kabat has been a member of the NiSource board since 2015. He serves on the company’s audit, nominating and governance, and compensation committees.

During his career, Kabat served in numerous executive roles including CEO of Fifth Third Bancorp from April 2007 to November 2015. He serves as a director of Unum Group and is currently chairman of the board and a member of its human capital and governance committees.

In 2016, Kabat became the lead independent director of E*Trade Financial Corp and is a member of its bank board and its compensation and governance committees.

NiSource is the parent of Merrillville-based NIPSCO, which serves approximately 810,000 natural gas and 460,000 electric customers across northern Indiana.