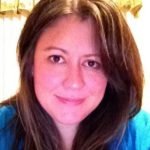 She succeeds Judge Jesse Villalpando who retired from the bench.

Dimitrijevic has served in a variety of positions at the Lake County Prosecutor’s Office for more than 15 years, including as a violent crimes prosecuting attorney. She earned a bachelor of science degree from Boston University and her law degree from Indiana University’s McKinney School of Law.

Dimitrijevic will be sworn in as judge of the Lake County Superior Court at a later date.

Dimitrijevic was among three finalists being considered for the post. The other candidates were Merrillville Town Judge Gina Jones and Superior Court Magistrate Michael Pagano.