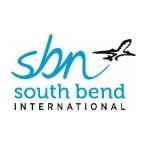 Corporate Wings, an aircraft management business, was named Partner of the Year by the St. Joseph County Airport Authority Board.

The board presented the award to company president Randall Jones during its March 28 meeting. The award is presented to a business at the South Bend airport, which shows significant business growth, operation investment, and outstanding customer service.

Corporate Wings recently partnered with American Airlines, made substantial investments for new equipment, and began facility renovations. According to airport officials, the company’s revenue has grown 70 percent and has increased its fuel sales by 25 percent.

Corporate Wings also has handled more than 190 charter flights and tripled its employees.

“The determination to facilitate ongoing improvements that Randy and the entire Corporate Wings team has demonstrated is commendable,” said Mike Daigle, SBN’s executive director. “We want to give recognition where recognition is deserved.”

The award was last presented in 2016 to South Bend Chocolate Co.