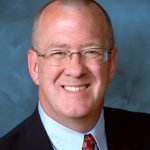 “The August jobs report indicates an economy that is still expanding, but with growth decelerating rapidly,” said Hicks, director of Ball State's Center for Business Research and an economics professor. “The 130,000 new jobs created in August were well below the average of the previous two quarters, even after revisions that cut a further 20,000 jobs from the June and July report.”

He said most of latest job growth involved temporary hiring to prepare for the 2020 Census. Private sector employment rose by 96,000 jobs, with durable goods manufacturing expanding by 3,000 jobs.

“More worrisome is the large increase in the sector representing temporary jobs,” Hicks said. “More than one in three private sector jobs created last month were in managerial and professional services. This likely reflects employer unease about the future of the domestic economy, and a slowdown in permanent hires.”

Hicks added preliminary data should always be viewed with caution, but revisions to monthly data over the past 18 months have been heavily downward, suggesting that tepid data is likely to be revised down in the coming months.

He said the Hoosier economy is close to employment levels declining from 2018 levels.

“Such an outcome has occurred only in each of the last 12 recessions,” Hicks said.