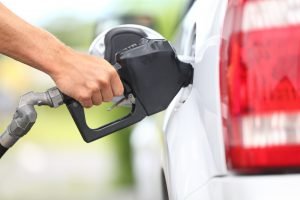 The average price for gasoline in Indiana the week beginning Nov. was $2.59, down 8 cents from last week, according to AAA.

The average price for regular unleaded gasoline in Indiana the week of Nov. 5 has dropped 8 cents a gallon from last week.

Regular unleaded gasoline in Indiana on average is selling for $2.59 a gallon, down from $2.67 last week, AAA reports. A month ago, the same grade fuel was selling for $2.93 a gallon.

The price drop in the state follows a national trend which has seen the U.S. average price fall to $2.76, its lowest level since the end of April, AAA reports. The national average for the week beginning Nov. 5 is 6 cents lower than last week, 15 cents less than a week ago, but 24 cents more when compared to the same time a year ago.

AAA said falling demand is contributing to the price drop, which could lead to lower gas prices.

The latest price drop is happening at a time when analysts previously thought gas prices would increase due to the White House’s re-imposition of sanctions on Iran, some of which will target the country’s energy sector and impede its ability to export oil, AAA said. However, in May, when the decision was announced (to take effect in November), the market reacted quickly with crude oil prices spiking as high as $77 a barrel this summer.

“With the market anticipating and reacting to the pending Iran sanctions throughout the summer, motorists likely have seen the worst in terms of retail prices for the year,” said Jeanette Casselano, AAA spokesperson. “If the crude oil market remains steady, gas prices are likely to continue to fall as much as 10 cents in the near-term.”