You are here: Home / Archives for Magazine

For the Past few months, readers of Northwest Indiana Business Quarterly have been casting their votes for the Best of Northwest Indiana. But this year, instead of mailing or faxing in their ballots, readers simply clicked their mouse. It took a bit of time to page through the numerous categories, and to all those who […]

Welcome to our new site! We’ve updated NWIBQ.COM to provide a whole host of new features. Here are some highlights: The new Business News Blog (which you are reading right now) will provide a stream of updates about NWIBQ and general news items of interest to the Northwest Indiana business community. In between issues of […]

Everyone is concerned about health these days—from our own personal health to the health of the economy. On at least one level, the two are intertwined. Americans pay more for health care than many other nations, which raises the question: Could economic recovery start at the doctor’s office? “No,” says Mike Campbell of Louisville-based Neace […]

Dr. Michael Leland, board-certified orthopedic surgeon and senior partner of Lakeshore Bone & Joint Institute, says staying fit comes down to only a few things—eating properly and in moderation, getting proper exercise, fresh air and sunshine, and not polluting the body with substances such as cigarette smoke. “And when it comes to diet and exercise, […] 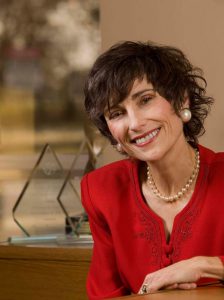 Being unafraid of failure is the common thread among the 13 recipients of the 15th Annual Entrepreneurship “E-Day” Excellence Awards presented by the Northwest Indiana Small Business Development Center. Each knows the region and its character, traits guest speaker Penny Lewandowski says are vital for growing businesses. “Talking about community is my mantra,” says Lewandowski, […]

His side job? Laughter