You are here: Home / Archives for Community / In Memoriam 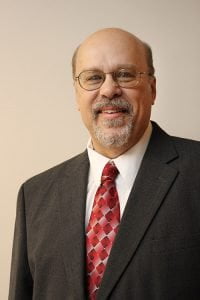 Four years ago, I took over ownership of Northwest Indiana Business Quarterly, and what a huge decision this was!  My expertise was creating niche publications statewide as a former advertising sales associate for Indiana Business Magazine.  In creating the quarterly, 22 years ago, I never thought I would be a small business owner in publishing.  […]

MUNSTER – Area families have been invited to join Community Healthcare System and Gift of Hope representatives at a ceremony at 6 p.m. on Wednesday, Nov. 7, at the Center for Visual and Performing Area to honor organ and tissue donors. Roses that are personally dedicated at the ceremony will make up the Donate Life […]

LAKEVILLE – Robert “Bob” Newton, founder and owner of Hoosier Racing Tire, has died. He was 85 years old. Mr. Newton and his wife, Joyce, founded Hoosier Tire in 1957. Today, it is one of the largest manufacturers of racing tires in the world. Mr. Newton opened a factory in Plymouth in 1979 and the […]

LAPORTE – Indiana University Health LaPorte Hospital will hold a memorial service to remember children at 7 p.m. Monday, Oct. 1, in the family chapel on the hospital’s first floor. The event is free and open to families wishing to honor the memory of their children who have passed away through miscarriage, stillbirth or other […]

NAPLES, Fla. – Denis E. Ribordy died at his home on Sept. 4. He was born in East Chicago July 20, 1929, to Myrel I. and Lela (Hunsley) Ribordy, who preceded him in death. Mr. Ribordy graduated from Griffith High School in 1947 and attended Butler University receiving a bachelor’s degree from the Butler University […]

WESTVILLE – Purdue University North Central has announced that will become a permanent home to a section of steel beam recovered from the World Trade Center in New York after its collapse on Sept. 11, 2001. The 176-pound portion of I-beam, which is 36 inches long, 18 inches wide and 11 inches deep, will be […]

Republican State Sen. Jim Merritt asks all Hoosiers to pause for a moment of silence at 3 p.m. Monday, Memorial Day, to show appreciation for those who have laid down their lives for freedom. In December of 2000 Congress approved the “National Moment of Remembrance” resolution to help re-educate and remind Americans of the true […]

Don Barden, owner of Majestic Star Casino in Gary, has died at his home in Detroit following a long battle with cancer. Mr. Barden also owned casinos in Las Vegas, Black Hawk, Colo., and Tunica, Miss. In addition, Mr. Barden had holdings in cable television and real estate. His death was announced by Detroit Mayor […]

VALPARAISO – Art Malasto, who led Porter Memorial Hospital for 35 years until his retirement in 1990, died Sunday at the age of 86.             Mr. Malasto oversaw a growing hospital that today is building a new facility in Jackson Township between Valparaiso and Chesterton. He also was involved in the community through Rotary […]