You are here: Home / Archives for Community / Economic Development

Indiana should surpass the nation in GDP and income growth. by Michael J. Hicks, Ph.D. As 2014 wrapped up, economic growth for the first three quarters was 2.3 percent. This is close to the 2 percent growth I predicted a year earlier. Growth in the third quarter showed a marked improvement from the 1.2 percent […] 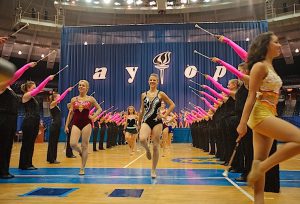 Thousands of jobs and new prosperity will ride into the region. by Bill Hanna Expanding the South Shore Line will give us the opportunity to increase connectivity to Chicago, one of the world’s largest economies. Since 1970, Lake County has experienced a decline in population and median income. In order to reverse these trends we […]

Businesses that had been on the sidelines are ready to expand or relocate and the region is ready. by Heidi Prescott Wieneke When Urschel Laboratories decided it needed to construct a new corporate campus with a manufacturing plant, the Valparaiso-based company embarked on an extensive search for a location. Urschel needed to find the right […] 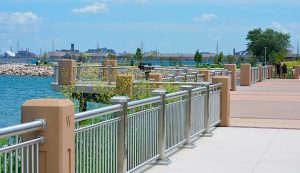 Whiting celebrates its 125th year with a long list of big plans. by Michael Puente The great city planner Daniel Burnham once said, “Make no little plans; they have no magic to stir men’s blood.” Burnham was referring to the big city of Chicago, but his words could easily be applied to the “Little City […] 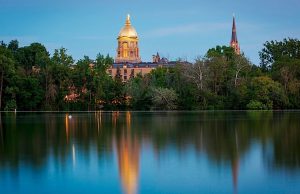 South Bend area seeing economic-development success. by Heidi Prescott Wieneke It’s not every day that a $3 billion company like Hubbell Inc. makes a long-term commitment to Indiana. But that is exactly what happened last year when the international steel box manufacturer invested more than $3 million in a new South Bend distribution center designed […] 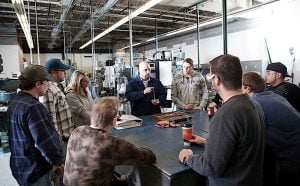 Developing new employees and the existing workforce. by Shari Held Chuck Knebl, communications manager for WorkOne in South Bend (Region 2), says economic conditions have improved substantially across Indiana’s Northern Tier–composed of 23 counties across three regions. For instance, the jobless rate is coming down and employment grew in several sectors during 2013. “Indiana’s Northern […] 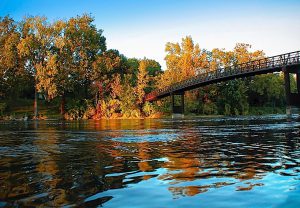 Five years ago, the headlines were bleak. Now the news is good. by Heidi Prescott Wieneke Thor Industries announced in January 2013 that it would leave behind its longtime corporate headquarters in Jackson Center, Ohio, and relocate key executives to Indiana. The owner of operating subsidiaries that, combined, represent the largest manufacturer of recreation vehicles […] 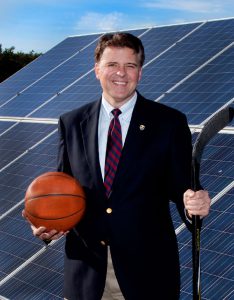 LaPorte native making plans for environmentally friendly development. by Heidi Prescott Wieneke Paul Boardman acknowledges there are some important details about the multipurpose sports and entertainment venue he is planning in Northwest Indiana that have not yet been announced. He has not revealed the site on which Duneland Arena would be located, for instance, or […] 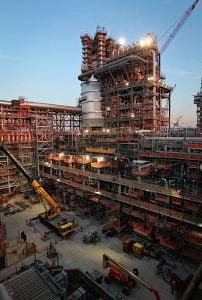 The construction jobs have been welcome. What happens when they go away? by Jacqueline von Ogden The talk on the streets regarding the BP Whiting Refinery Modernization Project (WRMP) wrap-up ranges from gloom…to doom. The huge project has been an economic blessing at a very opportune time, providing a wealth of construction work, but all […]